Original Soundtrack-"The Buccaneer"(Columbia 1278)-LP. This LP features the 1958 Movie-"The Buccaneer" starring Yul Brynner, Charles Boyer and Charlton Heston.When Cecil B. DeMille was set to direct a re-make of his 1938 swashbuckler The Buccaneer and suddenly became ill, his son-in-law Anthony Quinn, jumped into DeMille's jodhpurs. In this version, Yul Brynner plays the starring role of debonair pirate Jean Lafitte, who is contacted by General Andrew Jackson (Charlton Heston) to come to the aid of the United States when the British attack New Orleans during the War of 1812. Lafitte immediately falls in love with Annette Claiborne (Inger Stevens), the daughter of William Claiborne (E.G. Marshall), the first governor of Louisiana.The LP has been autographed on the front by Yul Brynner, Charles Boyer and Charlton Heston...............CONDITION OF VINYL,COVER AND AUTOGRAPHS IS VG PLUS.RECORD IS IN ORIGINAL COLUMBIA INNER SLEEVE........................... 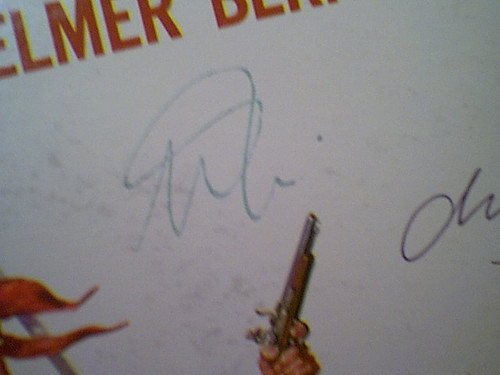