This is an authentically autographed photo by Ed Wynn.. This is a 6 inch by 9 inch black and white lithographed photo signed by Ed Wynn, condition of the photo and autograph is VERY GOOD Ed Wynn (November 9, 1886  June 19, 1966) was a popular American comedian and actor noted for his Perfect Fool comedy character, his pioneering radio show of the 1930s, and his later career as a dramatic actor. Wynn became a headliner in vaudeville in the early-1910s, and was a star of the Ziegfeld Follies starting in 1914. In The Ziegfeld follies, W. C. Fields allegedly caught him mugging for the audience under the table during his "Pool Room" routine and knocked him unconscious with his cue, but this may be apochryphal. He was best known as a comedian, billed as The Perfect Fool (and starring in a musical revue of that name on Broadway in 1921). Wynn also wrote, directed and produced many shows. He was famous for his silly costumes and props, and he always worked "clean," making his shows suitable for the entire family. 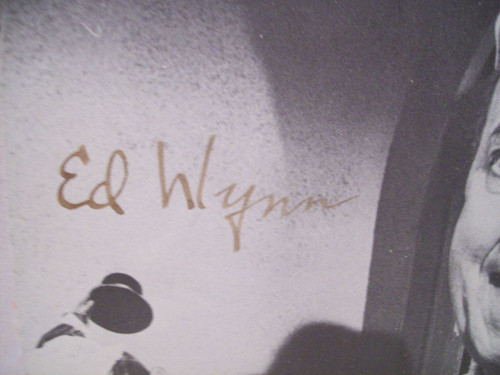