Stevie Wonder-"A Place In The Sun"-1966-Stein & Van Stock- Sheet Music. This vintage sheet music originally sold for seventy five cents. Wonder, Stevie, 1950–, American singer, songwriter, and instrumentalist, b. Saginaw, Mich., as Steveland Hardaway Judkins (changed to Steveland Hardaway Morris, 1961). Blind from birth, he played the piano at seven and the drums and harmonica at nine, and as a boy sang in a church choir. He was discovered in 1961, signed by Motown Records, and made his debut (1962) as Little Stevie Wonder. He had his first number-one hit, Fingertips (Part 2) in 1963. A prodigiously talented musician and songwriter and a superb arranger and producer, Wonder was a pioneer in the use of synthesizers. His music fuses pop, rock, rhythm and blues, and soul with such other genres as gospel, jazz, and reggae. Among his hits are My Cherie Amour (1969), Signed, Sealed, Delivered (1970), Superstition (1972), You Are the Sunshine of My Life (1973), Living for the City (1973), and I Just Called to Say I Love You (1984, Academy Award). He also has cowritten, collaborated, and recorded with many of the major pop stars of his era. The sheet music has been autographed on the front cover by Stevie Wonder..................BOTH SHEET MUSIC AND AUTOGRAPH ARE IN VERY GOOD CONDITION. 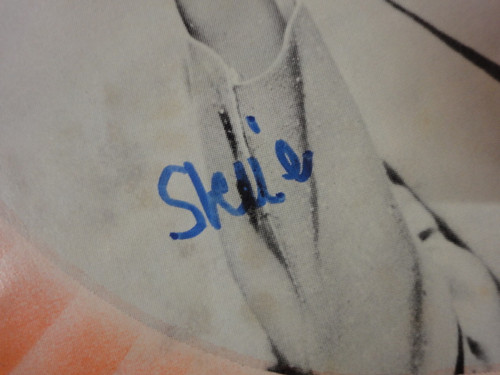