TV Radio Mirror-January 1976-72 pages.This vintage magazine-which originally sold for sixty cents-features a color cover photo of Natalie Wood and Robert Wagner plus an article with photos.Natalie Wood (born Natalia Nikolaevna Zacharenko July 20, 1938  November 29, 1981) was an American film and television actress best known for her screen roles in Miracle on 34th Street, Splendor in the Grass, Rebel Without a Cause, and West Side Story. After first working in films as a child, Wood became a successful Hollywood star as a young adult, receiving three Academy Award nominations before she was 25 years old.The magazine has been autographed on the front cover by Natalie Wood and Robert Wagner...........BOTH MAGAZINE AND AUTOGRAPHS ARE IN VERY GOOD CONDITION.BOTTOM FRONT COVER HAS A REMOVED ADDRESS LABEL WHICH DOES NOT AFFECT PHOTO OR AUTOGRAPHS. 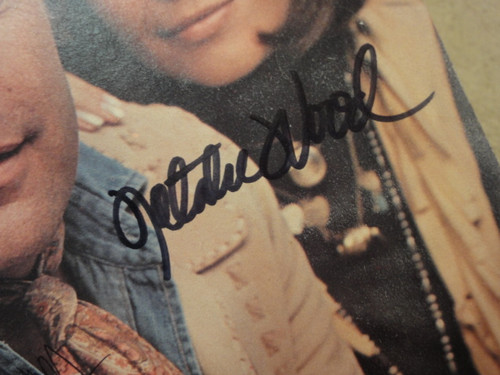