This item is an 8" X 10 1/2",black and white lithograph photo of actress Joanne Woodward in a scene from one of her famous movies. The lithograph photo has been mounted on a piece of 8" X 10 1/2" construction paper.With spouse Paul Newman, Joanne Woodward comprised one of the most successful husband-and-wife tandems in Hollywood history; not only among the most acclaimed film actresses of her era, she was also highly visible as a television and theatrical performer, as well as a prominent social activist. Woodward was born February 27, 1930, in Thomasville, GA, and later acted in campus productions while attending Louisiana State University. After relocating to New York she studied at both the Neighborhood Playhouse and the Actors' Studio, and in 1953 signed on as an understudy in the Broadway production of William Inge's Picnic; there she met Newman, and they soon fell in love. After starring in 1954's The Lovers, Woodward turned to television, appearing in dozens of programs. A performance in an episode of Four Star Playhouse caught the attention of Fox production chief Buddy Adler, who quickly snapped her up with a long-term contract. Woodward made her film debut in the 1955 Western Count Three and Pray. Her next project, the 1956 thriller A Kiss Before Dying, ran into controversy over its advertising campaign, and as a result appeared in theaters only briefly. Director Nunnally Johnson then requested Woodward's services for the starring role in his schizophrenia drama The Three Faces of Eve; Fox initially refused, but after everyone from Judy Garland to Susan Hayward rejected the role, the studio finally relented. The performance won Woodward a Best Actress Academy Award in 1957, but Fox remained unsure how best to utilize her skills; they next cast her in the Martin Ritt drama No Down Payment, appearing with a number of the studio's other aspiring talents. In 1958, Woodward and Newman co-starred in The Long Hot Summer; the couple married that same year, and then reunited for Leo McCarey's Rally 'Round the Flag, Boys! After starring in the 1959 adaptation of the William Faulkner classic The Sound and the Fury, Woodward co-starred with Marlon Brando in The Fugitive Kind before teaming with Newman in the 1960 hit From the Terrace; they were again together in 1961's Paris Blues. The lithograph photo has been autographed on the front by Joanne Woodward with a fountain pen in brown....BOTH LITHOGRAPH PHOTO AND AUTOGRAPH ARE IN EXCELLENT CONDITION............. 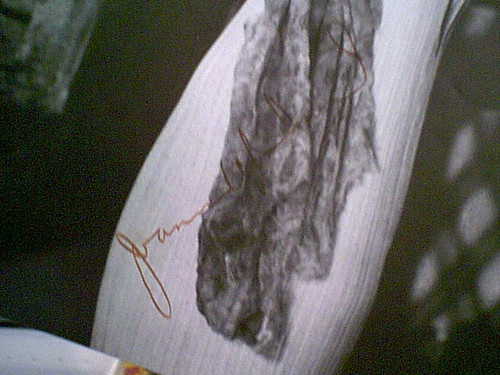