THIS IS AN AUTHENTICALLY AUTOGRAPHED PHOTO BY RICHARD WIDMARK.. THIS IS A 8 INCH BY 10 INCH BLACK AND WHITE PHOTO SIGNED BY RICHARD WIDMARK. CONDITION OF THE PHOTO AND AUTOGRAPH IS VERY GOOD. Richard Widmark (December 26, 1914  March 24, 2008) was an American actor of films, stage, radio and television. He was nominated for an Academy Award for his role as Tommy Udo in his debut film, Kiss of Death. For his contribution to the motion picture industry, Widmark has a star on the Hollywood Walk of Fame at 6800 Hollywood Boulevard. In 2002, he was inducted into the Western Performers Hall of Fame at the National Cowboy & Western Heritage Museum in Oklahoma City, Oklahoma. 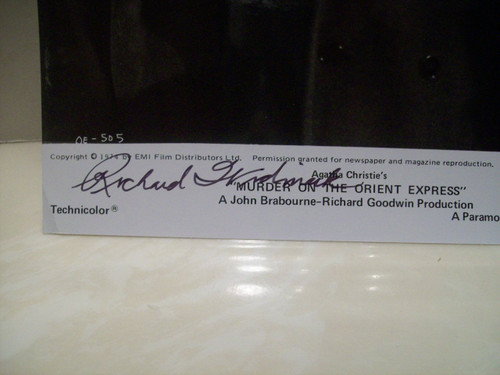