This item is a 9" X 13", black and white photo of actor Treat Williams. Richard Treat Williams (born December 1, 1951) is an American actor, writer and aviator who has appeared on film, stage and television in over 120 credits. He first became well known for his starring role in the 1979 musical film Hair, and later also starred in the films Prince of the City, Once Upon a Time in America, The Late Shift and 127 Hours. From 2002 to 2006, he was the lead of the television series Everwood and was nominated for two Screen Actors Guild Awards. He has additionally been nominated for three Golden Globe Awards, two Satellite Awards and an Independent Spirit Award. The photo has been autographed by Treat Williams..............BOTH PHOTO AND AUTOGRAPH ARE IN EXCELLENT CONDITION. 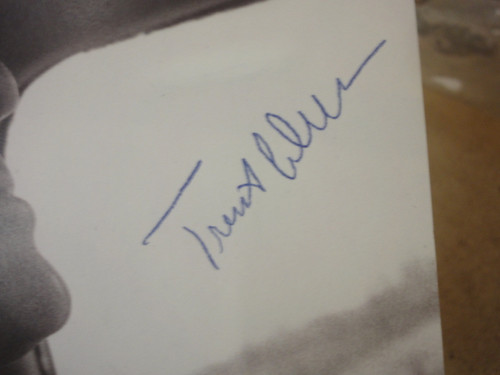