Armando Joseph Catalano (January 14, 1924 – April 30, 1989), better known as Guy Williams, was an American actor. He played swashbuckling action heroes in the 1950s and 1960s. Among his most notable achievements were two TV series: Zorro in the title role, and as the father of the Robinson family on the popular sci-fi series Lost in Space. During most of the 1970s, Guy Williams frequently visited and worked in television shows in Argentina, where he was most revered. He retired in the early 1980s in Buenos Aires, where he died of a brain aneurysm in 1989. The LP has been autographed on the front cover by Guy Williams...................BOTH LP AND AUTOGRAPH ARE IN NICE CONDITION. 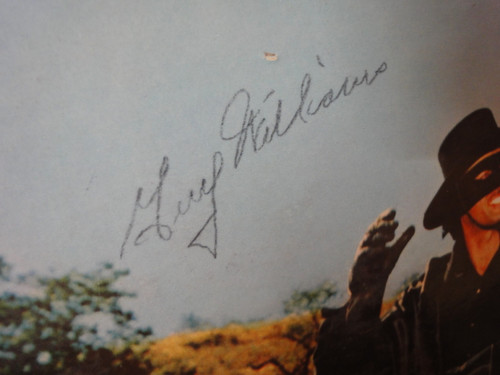