Creem Magazine-March 1973-82 pages. This vintage Creem Magazine-which originally sold for seventy five cents-features a color cover photo of Edgar Winter plus an article with photos.Edgar Holland Winter (born December 28, 1946) is an American musician. He is famous for being a multi-instrumentalist. He is a highly skilled keyboardist, saxophonist and percussionist. He often plays an instrument while singing. He was most successful in the 1970s with his band, The Edgar Winter Group, notably with their popular songs "Frankenstein" and "Free Ride". He has albinism.The Creem magazine has been autographed on the front cover by Edgar Winter..........BOTH MAGAZINE AND AUTOGRAPH ARE IN VERY GOOD CONDITION. 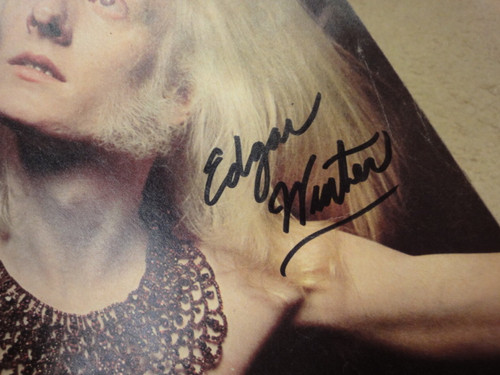