THIS IS AN AUTHENTICALLY AUTOGRAPHED PHOTO BY BRUCE WILLIS AND CYBILL SHEPHERD... THIS IS AN 8 INCH BY 10 INCH SIGNED PHOTO BY BRUCE WILLIS AND CYBILL SHEPHERD FROM THE TV SHOW MOONLIGHTING-CONDITION OF THE PHOTO AND AUTOGRAPHS IS EXCELLENT. Moonlighting is an American television series that first aired on ABC from 1985 to 1989 with a total of 66 episodes. The show starred Bruce Willis and Cybill Shepherd as private detectives and was a mixture of drama, comedy and romance that is considered a classic spoof of television detective shows. The show's theme song was performed by popular jazz singer Al Jarreau and became a minor hit. The show is also credited with making Willis a major star while reviving Shepherd's acting career. 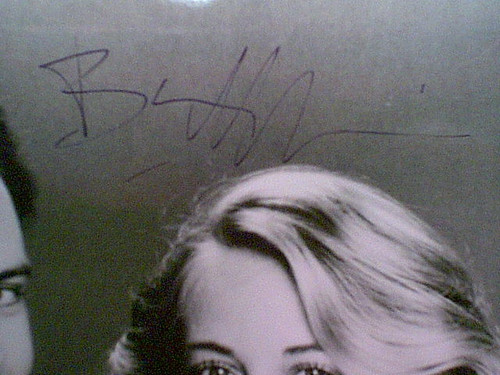