THIS IS AN AUTHENTICALLY AUTOGRAPHED PHOTO BY STUART WHITMAN.. THIS IS A 8 INCH BY 10 INCH BLACK AND WHITE PHOTO SIGNED BY STUART WHITMAN. CONDITION OF THE PHOTO AND AUTOGRAPH IS VERY GOOD. Shatter is an assassination and kung fu action film staring Stuart Whitman, Lung Ti, Lily Li, Peter Cushing and Anton Diffring. It was a join venture between Hammer Studios of England and Shaw Brothers Studio of Hong Kong. The film was shot entirely on location in Hong Kong and was first released in 1974 in UK. 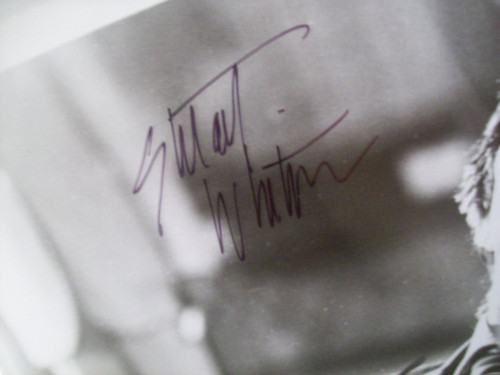