THIS IS AN AUTHENTICALLY AUTOGRAPHED PHOTO BY LAWRENCE WELK... THIS IS A 5 INCH BY 7 INCH BLACK AND WHITE PHOTO SIGNED BY LAWRENCE WELK. CONDITION OF THE PHOTO AND AUTOGRAPH IS VERY GOOD. Lawrence Welk (March 11, 1903  May 17, 1992) was a musician, accordionist, bandleader, and television impresario, hosting The Lawrence Welk Show from 1951 to 1982. His style came to be known to his large number of radio, television, and live-performance fans as "champagne music." He is a 1961 inductee of North Dakota's Roughrider Award. 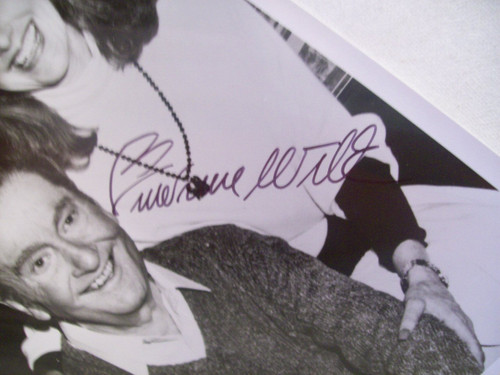