THIS IS AN AUTHENTICALLY AUTOGRAPHED PHOTO BY SAM WATERSTON AND JEFF BRIDGES... THIS IS A 8 INCH BY 10 INCH BLACK AND WHITE PHOTO SIGNED BY SAM WATERSTON AND JEFF BRIDGES. CONDITION OF THE PHOTO AND AUTOGRAPHS IS VERY GOOD. Samuel Atkinson "Sam" Waterston (born November 15, 1940) is an Academy Award-nominated American actor noted particularly for his portrayal of Jack McCoy on the NBC television series Law & Order. He has also appeared in many feature films. 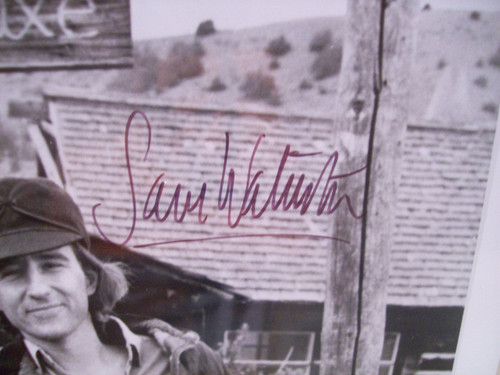