This is an authentically autographed Playbill by Ralph Waite.. Playbill-1981-The Father-Cover is signed by Ralph Waite, condition of the magazine and autograph is VERY GOOD Ralph Waite (born June 22, 1928) is an American actor. His most famous role may be John Walton Sr. on the 1970s CBS program The Waltons and he is also well known for his portrayal of the slaver first mate Slater in the mini-series Roots. He also more recently appeared on the HBO series Carnivàle. He is currently playing the recurring role of Father Matt on the daytime serial Days of our Lives. 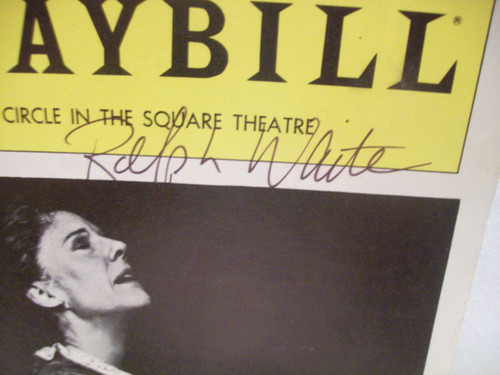