This is an authentically autographed Playbill signed by Eli Wallach and Anne Jackson... Playbill-1973-Waltz of the Toreadors-Cover is signed by Eli Wallach and Anne Jackson, condition of the Playbill and autographs is VERY GOOD. The Waltz of the Toreadors is a play by Jean Anouilh. Written in 1952, the farcical comedy is set in 1910 France and centres on General Leon Saint-Pé and his infatuation with Ghislaine, a woman with whom he danced nearly two decades earlier. Because of the general's commitment to his marriage, the couple's love remained unconsummated. Now faced with the reality of retirement with his hypochondriac wife, his paunch growing and his midlife crisis consuming his life, the General finds himself lost in the fond memory of his old flirtation. When Ghislaine suddenly reappears, he is delighted - until he finds himself competing for her hand with a considerably younger suitor. The London production opened in 1956 at the Arts Theatre with an English translation by Lucienne Hill. Directed by Peter Hall, the cast included Hugh Griffith as the General, Beatrix Lehmann as Ghislaine, and Roderick Cook as Gaston.[1] The Broadway production, directed by Harold Clurman, opened on January 17, 1957 at the Coronet Theatre, where it ran for 132 performances. The cast included Ralph Richardson as the General, his real-life wife Meriel Forbes as Ghislaine, and Mildred Natwick as Mme. St. Pé. The production received Tony Award nominations for Best Play, Best Direction, Best Actor in Play (Richardson), Best Featured Actress in a Play (Natwick), and Best Scenic Design. It won the New York Drama Critics' Circle Award for Best Foreign Play. On March 4, 1958, the play returned to the Coronet, where it ran for 31 performances. Again directed by Clurman, it starred Melvyn Douglas as the General, Betty Field as Ghislaine, and Lili Darvas as Mme. St. Pé. After eleven previews, the second Broadway revival, directed by Brian Murray, opened on September 13, 1973 at the Circle in the Square Theatre, where it ran for 85 performances. The cast included Eli Wallach as the General, Diana van der Vlis as Ghislaine, and Anne Jackson as Mme. St. Pé. The play has been adapted twice for the screen. A television production aired on November 16, 1959 as part of David Susskind's anthology series Play of the Week. Directed by Stuart Burge, it starred, again, Hugh Griffith as the General, Beatrice Straight as Ghislaine, and Mildred Natwick reprising Mme. St. Pé. A 1962 feature film directed by John Guillermin transported the setting to England and Anglicized the lead characters' names to General Leo and Emily Fitzjohn. The cast included Peter Sellers as the General, Dany Robin as Ghislaine (who remained French), and Margaret Leighton as Mrs. Fitzjohn. Wolf Mankowitz was nominated for a BAFTA for Best British Screenplay and Sellers was named Best Actor at the Donostia-San Sebastián International Film Festival. The play was adapted for the musical stage by Howard Marren and Joe Masteroff. Entitled Paramour, it had its premiere in 1998 at the Old Globe Theatre in San Diego with a production directed by Joseph Hardy and starring Len Cariou. 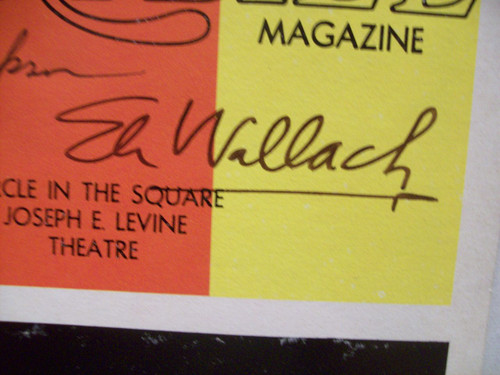