Dionne Warwick-1972-10" X 13"-16 pages-souvenir concert program.It is easier to define Dionne Warwick by what she isn't rather than what she is. Although she grew up singing in church, she is not a gospel singer. Ella Fitzgerald and Sarah Vaughan are clear influences, but she is not a jazz singer. R&B is also part of her background, but she is not really a soul singer, either, at least not in the sense that Aretha Franklin is. Sophisticated is a word often used to describe her musical approach and the music she sings, but she is not a singer of standards such as Lena Horne or Nancy Wilson. What is she, then? She is a pop singer of a sort that perhaps could only have emerged out of the Brill Building environment of post-Elvis Presley, pre-Beatles urban pop in the early '60s. That's when she hooked up with Burt Bacharach and Hal David, songwriters and producers who wrote their unusually complicated songs for her aching yet detached alto voice. Warwick is inescapably associated with those songs, even though she managed to build a career after leaving Bacharach and David that drew upon their style for other memorable recordings, such that she remains a unique figure in popular music. The concert program has been autographed on the front cover by Dionne Warwick.............BOTH CONCERT PROGRAM AND AUTOGRAPH ARE IN VERY GOOD CONDITION. 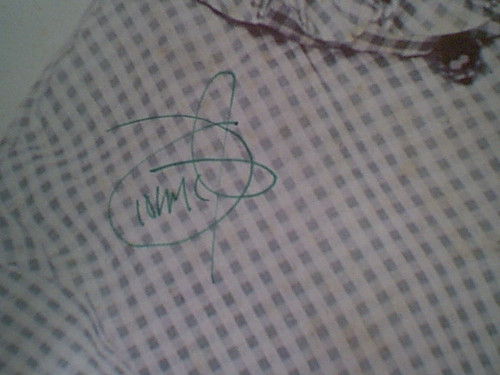