THIS IS AN AUTHENTICALLY AUTOGRAPHED PHOTO BY JERRY VAN DYKE.. THIS IS A 5 INCH BY 7 INCH BLACK AND WHITE PHOTO SIGNED BY JERRY VAN DYKE. CONDITION OF THE PHOTO AND AUTOGRAPH IS VERY GOOD. Jerry Van Dyke (born July 27, 1931, in Danville, Illinois) is an American comedian and actor. He is the younger brother of comedian and actor Dick Van Dyke, and made his acting debut on The Dick Van Dyke Show with several guest appearances as Rob Petrie's brother, Stacey. 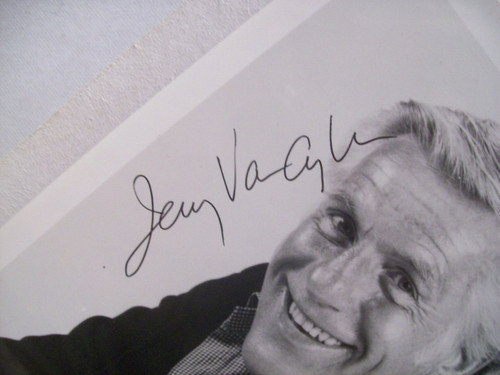