Sir George Ivan Morrison OBE (born 31 August 1945), known professionally as Van Morrison, is a Northern Irish singer-songwriter, multi-instrumentalist and record producer whose recording career spans seven decades. He has won two Grammy Awards. Morrison began performing as a teenager in the late 1950s. He played a variety of instruments such as guitar, harmonica, keyboards and saxophone for several Irish showbands, covering the popular hits of that time. Known as "Van the Man" to his fans, Morrison rose to prominence in the mid-1960s as the lead singer of the Northern Irish R&B and rock band Them. With Them, he recorded the garage band classic "Gloria".Under the pop-oriented guidance of Bert Berns, Morrison's solo career began in 1967 with the release of the hit single "Brown Eyed Girl". After Berns's death, Warner Bros. Records bought out Morrison's contract and allowed him three sessions to record Astral Weeks (1968). While initially a poor seller, the album has become regarded as a classic. Moondance (1970) established Morrison as a major artist, and he built on his reputation throughout the 1970s with a series of acclaimed albums and live performances.Much of Morrison's music is structured around the conventions of soul music and R&B. An equal part of his catalogue consists of lengthy, spiritually inspired musical journeys that show the influence of Celtic tradition, jazz and stream-of-consciousness narrative, such as the album Astral Weeks. The two strains together are sometimes referred to as "Celtic soul". His live performances have been described as "transcendental" and "inspired", and his music as attaining "a kind of violent transcendence". The LP has been autographed on the front cover by Van Morrison....................BOTH LP AND AUTOGRAPH ARE IN NICE CONDITION. RECORD IS IN ORIGINAL INNER SLEEVE. 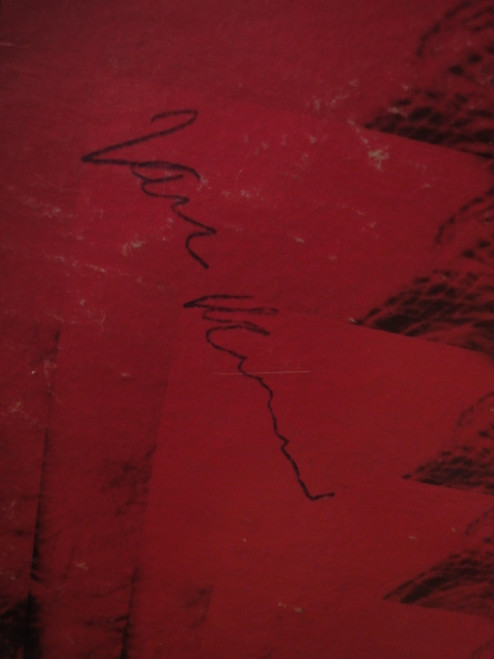