Peter Ustinov(Angel 35638)-"Peter And The Wolf"-LP. Tracklist A Peter And The Wolf (Beginning) Composed By  Prokofiev* B1 Peter And The Wolf (Conclusion) Composed By  Prokofiev* B2 Toy Symphony Composed By  Joseph Haydn Sir Peter Ustinov, CBE FRSA (born Peter Alexander von Ustinov 16 April 1921  28 March 2004) was an English actor, writer, dramatist, filmmaker, theatre and opera director, stage designer, screenwriter, comedian, humorist, newspaper and magazine columnist, radio broadcaster, and television presenter. He was a fixture on television talk shows and lecture circuits for much of his career. A respected intellectual and diplomat, he held various academic posts and served as a Goodwill Ambassador for UNICEF and President of the World Federalist Movement.The LP has been autographed on the front cover by Peter Ustinov.............CONDITION OF VINYL,COVER AND AUTOGRAPH IS VG.FRONT COVER HAS SOME WEAR. 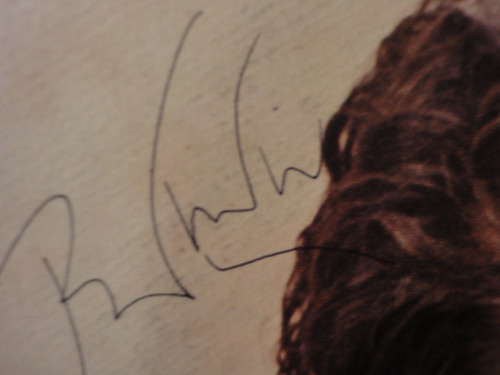