THIS IS AN AUTHENTICALLY AUTOGRAPHED PHOTO BY LANA TURNER.. THIS IS A 8 INCH BY 10 INCH BLACK AND WHITE PHOTO SIGNED BY LANA TURNER. CONDITION OF THE PHOTO AND AUTOGRAPH IS VERY GOOD. Lana Turner (February 8, 1921  June 29, 1995) was an Academy Award-nominated American film and occasionally television actress. On-screen, she was well-known for the glamour and sensuality she brought to almost all her movie roles. Off-screen, she was-well known for her stormy and colorful private life including seven husbands, numerous lovers, and a famous murder scandal. Many of her roles and films are often regarded among Hollywood's best, including Ziegfeld Girl, The Postman Always Rings Twice, The Bad and the Beautiful, Peyton Place, and Imitation of Life. 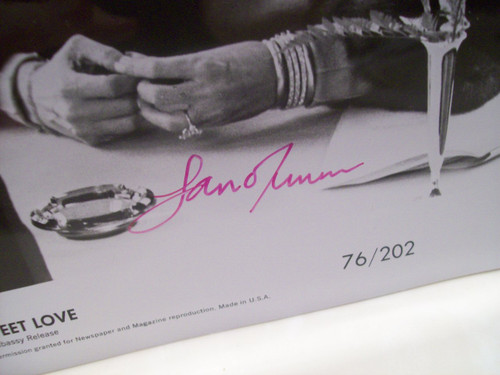