This item is an 8" X 10" black and white publicity photo of actor Glynn Turman.Glynn Russell Turman (born January 31, 1947) is an American stage, television, and film actor as well as a writer, director, and producer. He is known for his roles as high school student Leroy "Preach" Jackson in the 1975 coming-of-age film Cooley High, math professor and retired Army colonel Bradford Taylor on the NBC sitcom A Different World, and fictional Baltimore mayor Clarence Royce on the HBO drama series The Wire.The photo has been autographed on the front by Glynn Turman...............BOTH PHOTO AND AUTOGRAPH ARE IN VERY GOOD CONDITION. 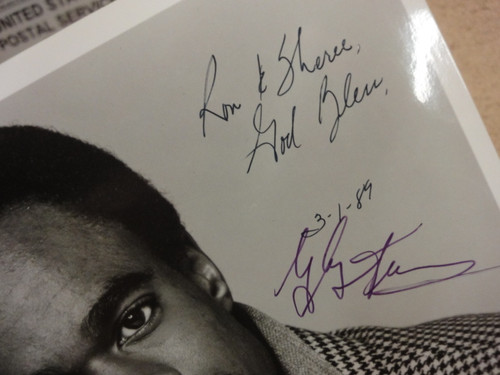