"I Love You Sweetheart Of All My Dreams"-1944-Shapiro Bernstein-sheet music. This song is featured in the 1944-MGM Movie-"Thirty Seconds Over Toyko". The movie stars Spencer Tracy and Van Johnson and they are featured on the front cover in original scenes.Billed third, Spencer Tracy plays Lt. Col. James P. Doolittle, who led the bombing raid over Tokyo. Most of the footage concerns pilot Ted Lawson (Van Johnson), who loses a leg while escaping from China after the attack; other subplots concern the meticulous preparations for the raid, and the individual exploits of those Doolittle flyers who crashed into the sea or were captured by the Japanese. The sheet music has been autographed on the front cover by Van Johnson and Spencer Tracy in black fountain pen............BOTH SHEET MUSIC AND AUTOGRAPHS ARE IN VERY GOOD CONDITION......... 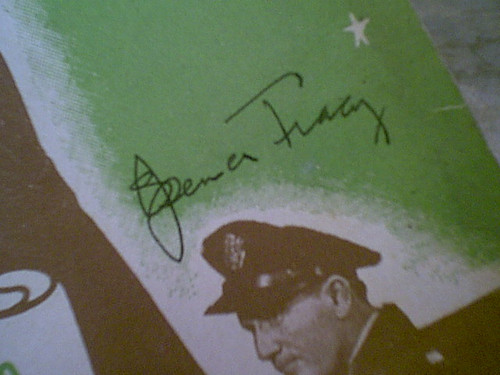