this is an authentically autographed photo by richard thomas. THIS IS A 7 INCH BY 9 INCH BLACK AND WHITE PHOTO SIGNED BY RICHARD THOMAS FROM FINAL JEOPARDY. HAS DATED BYLINE ON BACK. CONDITION OF THE PHOTO AND AUTOGRAPH IS VERY GOOD. Richard Earl Thomas (born June 13, 1951) is an American actor, best known as budding author "John-Boy" on the CBS television series The Waltons. 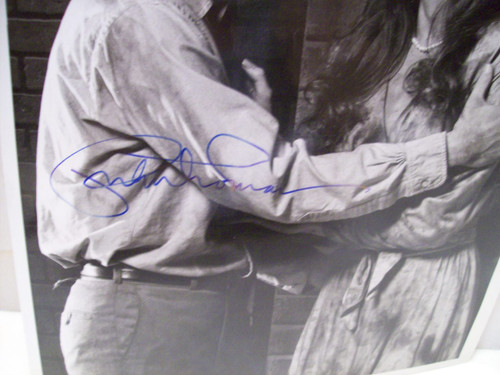