Pageant Magazine-September 1951-162 pages. This vintage Pageant Magazine-which originally sold for twenty five cents-features a three page article on Jim Thorpe with photos. James Francis Thorpe (Sac and Fox (Sauk): Wa-Tho-Huk, translated as "Bright Path"; May 22 or 28, 1887 – March 28, 1953) was an American athlete and Olympic gold medalist. A member of the Sac and Fox Nation, Thorpe was the first Native American to win a gold medal for the United States in the Olympics. Considered one of the most versatile athletes of modern sports, he won two Olympic gold medals in the 1912 Summer Olympics (one in classic pentathlon and the other in decathlon). He also played American football (collegiate and professional), professional baseball, and basketball. The magazine has been autographed by Jim Thorpe with a fountain pen in black on his photo inside the magazine......BOTH AUTOGRAPH AND MAGAZINE ARE IN EXCELLENT CONDITION. 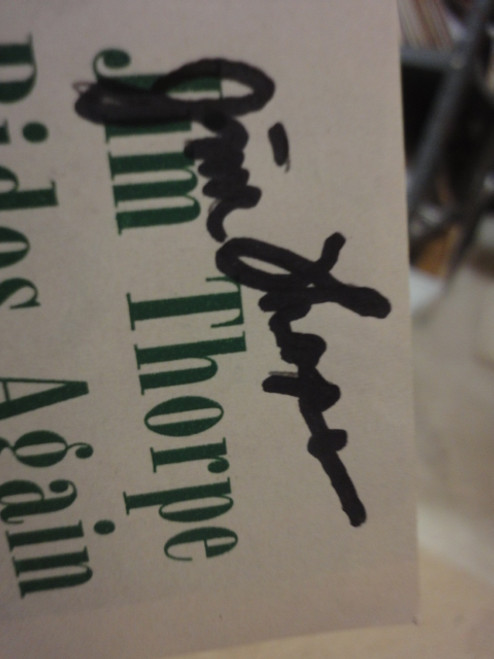