THIS IS AN AUTHENTICALLY AUTOGRAPHED PHOTO BY LLOYD THAXTON.. THIS IS A 8 INCH BY 10 INCH BLACK AND WHITE PHOTO SIGNED BY LLOYD THAXTON. CONDITION OF THE PHOTO AND AUTOGRAPH IS VERY GOOD. Lloyd Thaxton (May 31, 1927-) is an American writer, producer and television host best known for his syndicated pop music television program of the 1960s, The Lloyd Thaxton Show, which began as a local show on KCOP Los Angeles in 1961. Thaxton arrived from Toledo, Ohio in 1957 becoming, in his words, a "freelance announcer" and host of the highly rated Leave It To Lloyd talk show on KHJ-TV. He casually coined the term "freelance announcer" since his work in commercials was most active toward the end of the era of live television; Thaxton would go from venue to venue perforing the commercials live since videotape was not in wide use as of yet. Many of his commercials for KHJ and KNXT were for the now-defunct Southern California discount chain, White Front. His career at KCOP began in 1958 both as a commercial announcer and as announcer for The June Levant Show, an afternoon talk show starring the wife of celebrated pianist Oscar Levant. This led to his own afternoon show, Lloyd Thaxtons Record Shop in 1959. The program attracted quite a number of big-name guests, some of whom stopped by to promote theier latest record and many of whom simply stopped by for the chance to chat with Thaxton. Among those early guests were Fred Astaire, Jerry Lewis, Johnny Green and Dimitri Tiomkin. In 1961, The Lloyd Thaxton Show debuted on KCOP as an hour-long presentation from 5:00 to 6:00. The format, much along the lines of American Bandstand, featured local high school students dancing on the soundstage to the latest records. The show was almost totally unscripted and spontaneous. Thaxton's description of the idea: No one told me what I had to do. I was producing it myself. I was writing it myself. Thaxton frequently clowned around on stage to the music, lip-synching the vocals and accompanying the records on guitar or piano. One favorite recurring skit had the costumed Thaxton on his knees, impersonating painter Toulouse-Lautrec while lip-synching a current song. The Lloyd Thaxton Show, with its mix of new music, spontaneity and comedy skits, immediately shot to number one in the time period with a viewership of at least 350,000 homes, including on the East Coast. Many leading rock 'n roll acts of the time like The Byrds, Sonny & Cher, The Kinks, The Bobby Fuller Four and others appeared on this program. The show went into national syndication in 1964, becoming the highest rated musical entertainment program in the United States for the next eight years. Thaxton's ventures into other television programs and facets of the entertainment industry earned him five Emmy Awards and fifteen Emmy nominations. Thaxton currently resides in Studio City, California and is the head of his own entertainment firm, LT Productions. 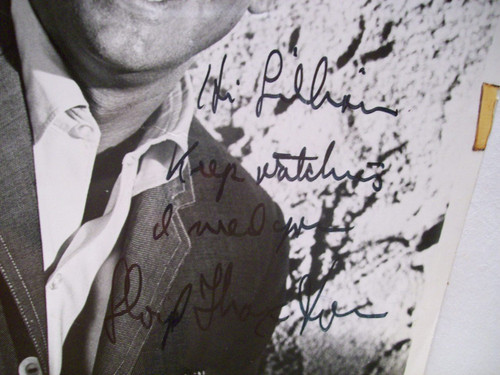