THIS IS AN AUTHENTICALLY AUTOGRAPHED PHOTO BY DONALD SUTHERLAND... THIS IS A 8 INCH BY 10 INCH BLACK AND WHITE PHOTO SIGNED BY DONALD SUTHERLAND. CONDITION OF THE PHOTO AND AUTOGRAPH IS VERY GOOD. Donald McNicol Sutherland, OC (born 17 July 1935) is a Canadian character actor with a film career spanning over 50 years.[1] Some of Sutherland's more notable movie roles included offbeat warriors in such war movies as The Dirty Dozen, in 1967, and M*A*S*H and Kelly's Heroes in 1970, and Invasion of the Body Snatchers in 1978. He recently starred in the American television series Dirty Sexy Money. 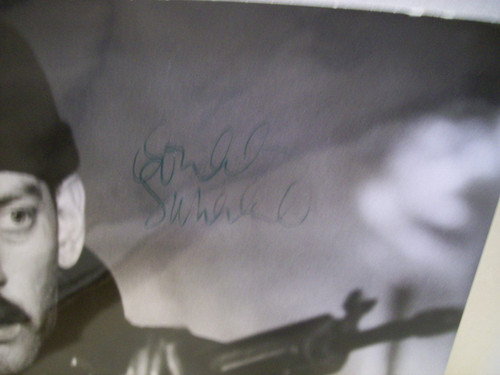