This is an authentically autographed TV Guide by Robert Stack.. TV Guide-1961-Photo cover is signed by Robert Stack, condition of the TV Guide and autograph is VERY GOOD. Robert Langford Modini Stack (January 13, 1919  May 14, 2003) was an American actor. In addition to acting in over 40 films, he also appeared on the television series The Untouchables and later served as the host of Unsolved Mysteries. 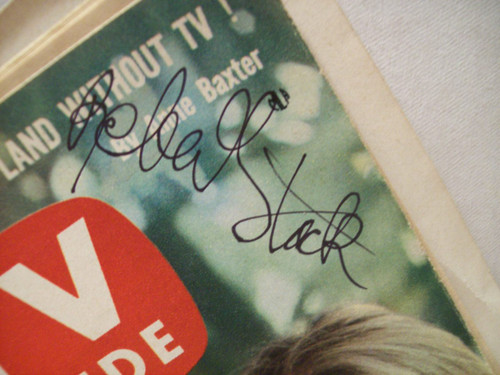