THIS IS AN AUTHENTICALLY AUTOGRAPHED PHOTO BY ROD STEIGER.. THIS IS A 8 INCH BY 10 INCH BLACK AND WHITE PHOTO SIGNED BY ROD STEIGER. CONDITION OF THE PHOTO AND AUTOGRAPH IS VERY GOOD. Rodney Stephen "Rod" Steiger (April 14, 1925  July 9, 2002) was an American actor known for his performances in such films as In the Heat of the Night, Waterloo, The Pawnbroker, On the Waterfront, and Doctor Zhivago. 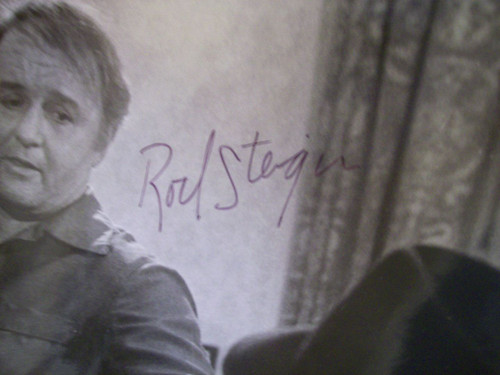