This item is an 8" X 10",color photo of actor Patrick Stewart in a movie scene.Sir Patrick Stewart, OBE (born 13 July 1940) is an English film, television and stage actor, who has had a distinguished career on stage and screen. He is most widely known for his television and film roles, such as Captain Jean-Luc Picard in Star Trek: The Next Generation and its successor films, or Professor Charles Xavier in the X-Men film series.The photo has been autographed on the front by Patrick Stewart...........BOTH PHOTO AND AUTOGRAPH IS IN VERY GOOD CONDITION. 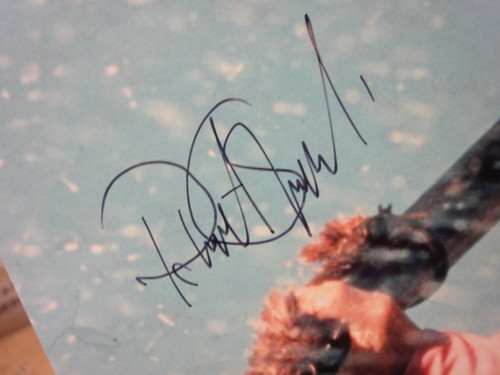