This item is a 7 1/2" X 7 1/2",black and white lithograph photo of actor McLean Stevenson.McLean Stevenson wrote comedy bits for Tommy Smothers and was a minor player on TV sitcoms in the 1960s, but it was his stint as Lt. Col. Henry Blake in the Korean War sitcom M*A*S*H (1972-75) that made him famous. As played by Stevenson, Blake was a goofy, not-too-efficient commanding officer in a lure-covered fishing hat. M*A*S*H was one of TV's top-rated shows for more than a decade, but Stevenson left the CBS series after three seasons to sign a long-term contract with NBC. (The Henry Blake character was then killed in a famous episode of M*A*S*H*.) From 1976 to 1988 Stevenson was in five different TV series, none of which came close to the success of M*A*S*H; the best known was probably Hello, Larry, which aired from 1979-80. Stevenson graduated from Northwestern University's School of Speech in 1952.The lithograph photo has been autographed on the front by McLean Stevenson...........BOTH PHOTO AND AUTOGRAPH ARE IN VERY GOOD CONDITION. 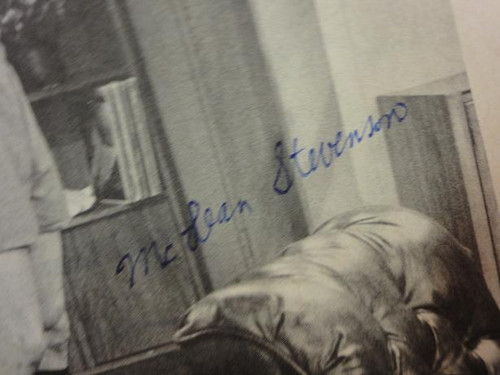