This item is an 8" X 10",black and white photo of Craig Stevens and Lola Albright.Peter Gunn is an American private eye television series which aired on the NBC (produced by Revue Productions) and later ABC (produced by MGM Television) television networks from 1958 to 1961. The show's creator (and also writer and director on occasion) was Blake Edwards. Also directed by Robert Altman, a total of 114 thirty-minute episodes were produced.The series is remembered most for its music, especially "The Peter Gunn Theme," which won an Emmy Award and two Grammys for Henry Mancini and has become a jazz-rock standard.The title character (played by Craig Stevens) is a private investigator in the classic film noir tradition, which was a popular genre on American TV in the late 1950s. However, a few traits differentiate him from the standard hard-boiled detectives, such as Sam Spade or Philip Marlowe. Gunn was a sophisticated hipster, a dapper dresser who loved cool jazz; where other gumshoes were often coarse, Peter Gunn was portrayed as the epitome of cool. He operated in a nameless waterfront city, and was a regular patron of Mother's, a wharfside Jazz club; his girlfriend, Edie Hart (Lola Albright), was a sultry singer employed there. Herschel Bernardi played Lieutenant Jacoby, a police detective.The photo has been autographed on the front by Craig Stevens with a fountain pen in black and Lola Albright with a fountain pen in blue.......BOTH PHOTO AND AUTOGRAPHS ARE IN VERY GOOD CONDITION................ 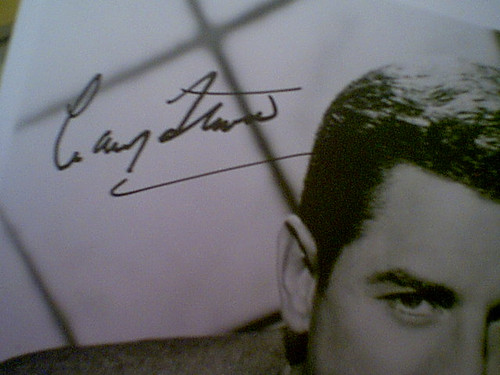