This is an authentically autographed magazine by Tom Snyder.. TV Week-July 15 1979-Photo cover is signed by Tom Snyder, condition of the magazine and autograph is VERY GOOD Thomas James "Tom" Snyder (May 12, 1936  July 29, 2007) was an American television personality, news anchor and radio personality best known for his late night talk shows The Tomorrow Show, on the NBC television network in the 1970s and 1980s, and The Late Late Show, on the CBS Television Network in the 1990s.[citation needed] Snyder was also the pioneer anchor of the primetime NBC News Update, in the 1970s and early 1980s, which was a one-minute capsule of news updates in primetime.[1] 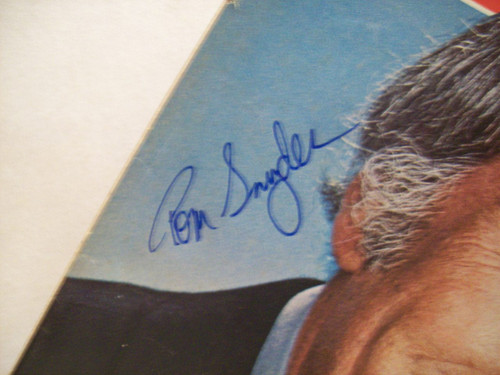