This is an authentically autographed TV Guide by Roger Smith TV Guide-April 1 1962-Photo cover is signed by Roger Smith, condition of the magazine and autograph is VERY GOOD Roger LaVerne Smith (born December 18, 1932) is an American television and film actor and screenwriter. He starred in the television detective series 77 Sunset Strip. He is married to the actress Ann-Margret. 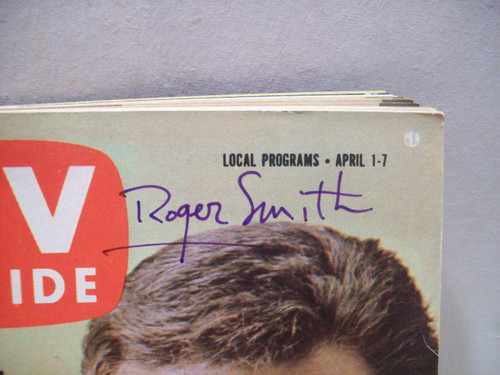