THIS IS AN AUTHENTICALLY AUTOGRAPHED PHOTO BY TOM AND DICK SMOTHERS.. THIS IS AN 8 INCH BY 10 INCH BLACK AND WHITE PHOTO SIGNED BY THE SMOTHERS BROTHERS. INSCRIBED 'TO DOROTHY HI FROM THE SMOTHERS BROTHERS'. CONDITION OF THE PHOTO AND AUTOGRAPHS IS VERY GOOD. The Smothers Brothers are an American music-and-comedy team, consisting of the brothers Tom ("Tommy") and Dick Smothers. The brothers' trademark act was performing folk songs (Tommy on acoustic guitar, Dick on string bass), which usually led to arguments between the siblings. Tommy's signature line was, "Mom always liked you best!" Tommy (the elder of the two) acted "slow," and Dick, the straight man, acted "superior." In the 1960s, the brothers frequently appeared on television variety shows and issued several popular record albums of their stage performances. Their own television variety show, The Smothers Brothers Comedy Hour, became one of the most influential and controversial American TV programs of the Vietnam War era. Despite popular success, the brothers' penchant for material that was critical of the political mainstream (and sympathetic to the emerging counterculture) led to their program's cancellation by the CBS network in 1969. The brothers continued to work, both independently and as a team, on stage, on television and in films during subsequent decades. They continue to tour the country as the longest-lived comedy team in history; 2008 marks their 50th year performing together. 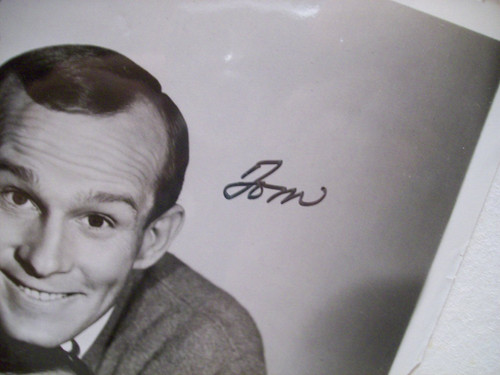