THIS IS AN AUTHENTICALLY AUTOGRAPHED PHOTO BY WALTER SLEZAK... THIS IS A 7 INCH BY 9 INCH BLACK AND WHITE PHOTO BY WALTER SLEZAK. HAS AN ORIGINAL BYLINE ON NBC STATIONARY. CONDITION OF THE PHOTO AND AUTOGRAPH IS VERY GOOD. Walter Slezak (May 3, 1902  April 21, 1983) was an Austrian actor. Slezak often portrayed villains or thugs, notably the German U-boat commander in Alfred Hitchcock's 1944 Lifeboat, but occasionally he played lighter, kindlier roles, as in The Wonderful World of the Brothers Grimm and as Squire Trelawney in Treasure Island. 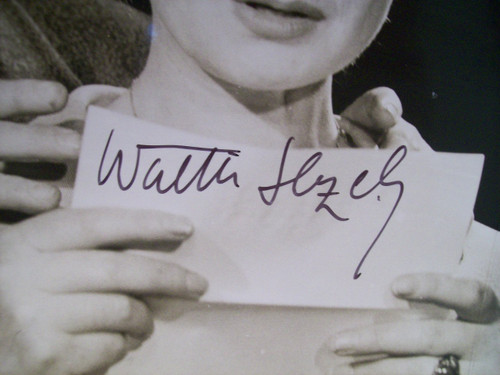