TV Guide Magazine-October 3, 1970-50 pages. This vintage TV Guide Magazine-which originally sold for fifteen cents-features an article with photos of Red Skelton.Richard Bernard "Red" Skelton (July 18, 1913  September 17, 1997) was an American entertainer best known for being a national radio and television comedian between 1937 and 1971. Skelton, who has stars on the Hollywood Walk of Fame, began his show business career in his teens as a circus clown and continued on vaudeville and Broadway and in films, radio, TV, nightclubs, and casinos, all while he pursued an entirely separate career as an artist.The magazine has been autographed on the front cover by Red Skelton......BOTH MAGAZINE AND AUTOGRAPH ARE IN VERY GOOD CONDITION. 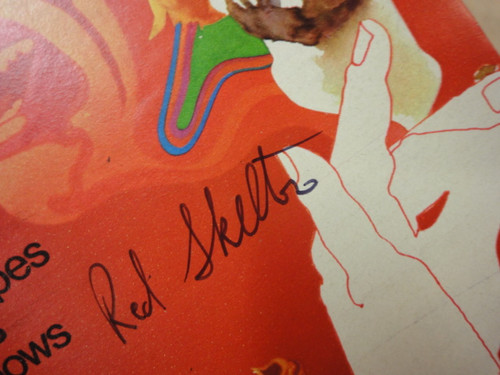