THIS IS AN AUTHENTICALLY AUTOGRAPHED PHOTO BY HENRY SILVA.. THIS IS A 8 INCH BY 10 INCH BLACK AND WHITE PHOTO SIGNED BY HENRY SILVA. CONDITION OF THE PHOTO AND AUTOGRAPH IS VERY GOOD. Henry Silva (born September 15, 1928) is an American actor who has played a wide variety of movie roles. Silva was born in Brooklyn, New York of Sicilian and Spanish descent.[1][2] He grew up in Harlem and quit school when he was 13 years old to attend drama classes, supporting himself as a dishwasher and waiter in a Manhattan hotel. By 1955, Silva felt ready to audition for the Actors Studio. He was one of five students chosen out of more than 2,500 applicants. When the Studio staged Michael V. Gazzo's play, A Hatful of Rain as a classroom project, it proved so successful that it was presented in Broadway, with students Ben Gazzara, Shelley Winters, Harry Guardino, Tony Franciosa, and Silva in key roles. Silva also appeared in the play's film version. In Hollywood, he played a succession of villains in films including The Tall T, The Bravados, Green Mansions, Ocean's Eleven, Johnny Cool, and the original The Manchurian Candidate (aside from Angela Lansbury and Leslie Parrish, Silva is one of the film's few surviving featured actors). He also had a comic role as one of the stepbrothers in the 1960 Jerry Lewis film Cinderfella, a parody of Cinderella with Lewis in the title role. He also voiced Bane in Batman:The Animated Series and The New Batman Adventures. He also appeared in starring roles in several filmed episodes of The Outer Limits science-fiction anthology television series in the United States in 1963. He also sometimes played heavies on TV. For example he played a hit man in "Better Bargain" on Alfred Hitchcock Presents. Other TV roles included an episode of Rod Serling's Night Gallery, and The Outer Limits. An Italian film producer made Silva an offer to star as a hero for a change and he moved his family overseas. Silva's turning-point picture was a spaghetti western, The Hills Run Red, which made him a hot box office commodity in Spain, Italy, Germany, and France. Returning to the United States, he co-starred with Frank Sinatra in Contract on Cherry Street, then signed on as Buck Rogers' evil adversary, as well as the villainous Kurt Zagon in Above the Law. In 1999, he appeared as the sorrowful and doomed mob boss Ray Vargo in Ghost Dog: The Way of the Samurai. Silva returned permanently to Los Angeles, but forays back to Europe's film production centers. He speaks Italian and Spanish fluently. 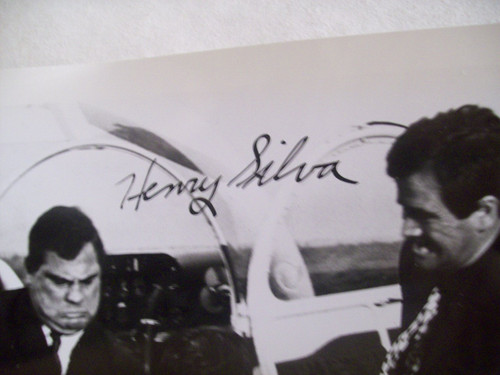