THIS IS AN AUTHENTICALLY AUTOGRAPHED LP BY GEORGE SEGAL.. GEORGE SEGAL THE IMPERIAL JAZZBAND(SIGNATURE BSLI 0654)A TOUCH OF RAGTIME. RELEASED IN 1974. PHOTO COVER IS SIGNED BY GEORGE SEGAL. DJ COPY. CONDITION OF THE VINYL,COVER, AND AUTOGRAPH IS VERY GOOD. George Segal (born February 13, 1934 in Great Neck, Long Island, New York) is an American film and stage actor. He was educated at George School, a private Quaker preparatory boarding school near Newtown, Pennsylvania. He also attended Haverford College.[1] A 1955 graduate of Columbia University, he has played both drama and comedy, although he is more often seen in the latter. Originally a stage actor and musician, Segal appeared in several minor films in the early 1960s before attracting critical attention in 1965 as a distraught newlywed in Ship of Fools and as a P.O.W. in King Rat. He followed with well-regarded performances as Nick in Who's Afraid of Virginia Woolf? (for which he was nominated for an Oscar), a British secret service agent in The Quiller Memorandum, a Cagneyesque gangster in The St. Valentine's Day Massacre, perplexed police detective Mo Brummel in No Way to Treat a Lady, a bookworm in The Owl and the Pussycat, a man laying waste to his marriage in Loving, and a hairdresser turned junkie in Born to Win. Segal also starred with Ruth Gordon in Carl Reiner's 1970 dark comedy Where's Poppa?. He played a burglar in the 1972 comedy The Hot Rock with Robert Redford, a comically unfaithful husband in A Touch of Class and a midlife crisis victim in Blume in Love. He co-starred with Jane Fonda as suburbanites-turned-bank-robbers in Fun with Dick and Jane, and starred as a faux gourmet in Who Is Killing the Great Chefs of Europe?. Segal was so appealing that too often he was asked to carry a film on his charm alone[citation needed], especially in the 1970s. He was relatively inactive in the 1980s, but bounced back as the sleazy father of Kirstie Alley's baby in Look Who's Talking, and in the 1993 sequel Look Who's Talking Now, and as a left-wing comedy writer in For the Boys (1991). He also starred in the NBC television sitcom Just Shoot Me! (19972003) as Jack Gallo, the sharp, though somewhat silly, head of the fashion and style magazine Blush. He is also a banjo player; he played with a dixieland jazz band while in college at Columbia that assumed different names; when he was the one who booked a gig, he would bill the group as "Bruno Lynch and his Imperial Jazzband". The group, which later settled on the name Red Onion Jazz Band, later played at his first wedding.[1] In 1974 he played in A Touch of Ragtime, an album with his band, the Imperial Jazzband (which, other than its name, may or may not have had any relation to his college band). 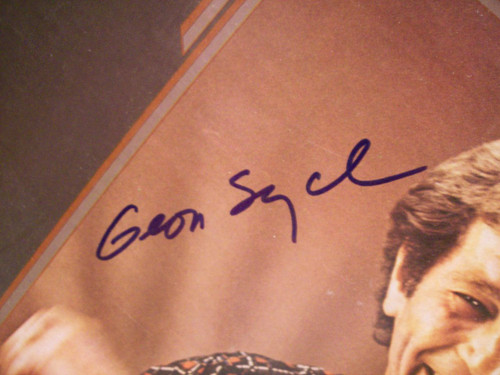