This item is an original 5" X 7" color "Dark Shadows" postcard featuring a photo of David Selby as Quentin Collins" on the front and a photo and message from him on the back.David Lynn Selby (born February 5, 1941) is an American character and stage actor. He has worked in movies, soap operas and television. The naturally black-headed Selby is best known for playing the roles of Quentin Collins on the ABC-TV serial, Dark Shadows (a role he played from 1968 to its ending in 1971 and again in the recent audio revival), and as the evil and compassionate estranged son of Angela Channing (played by Jane Wyman), Richard Channing, on the primetime CBS soap opera Falcon Crest (a role he played from 1982 to 1990).The postcard has been autographed on the front by David Selby............BOTH POSTCARD AND AUTOGRAPH ARE IN VERY GOOD CONDITION. 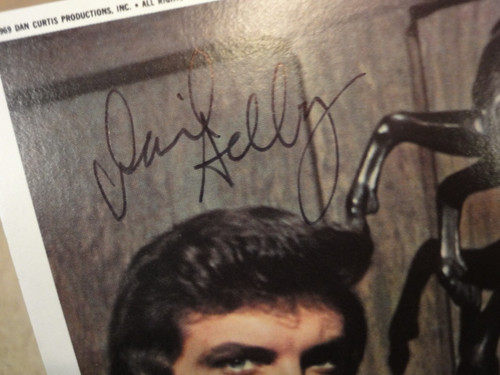