THIS IS AN AUTHENTICALLY AUTOGRAPHED PHOTO BY RICKY SCHRODER... THIS IS A 8 INCH BY 8 INCH COLOR PHOTO MOUNTED ON PHOTOGRAPHY PAPER SIGNED BY RICKY SCHRODER. CONDITION OF THE PHOTO AND AUTOGRAPH IS VERY GOOD. Richard Bartlett Ricky Schroder, Jr. (born April 13, 1970) is an American Golden Globe Award-winning actor. He debuted in the 1979 hit film The Champ, going on to become a child star on the sitcom Silver Spoons. He has continued acting as an adult, notably on the western Lonesome Dove and the television crime drama NYPD Blue. 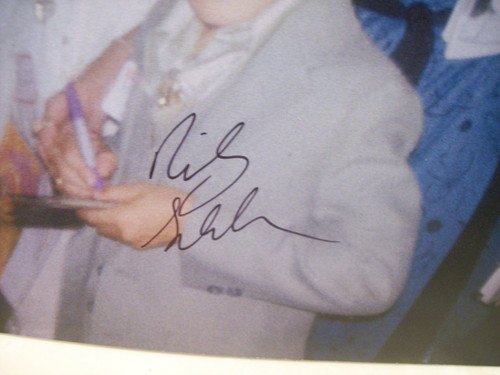