Charles Monroe "Sparky" Schulz (November 26, 1922 – February 12, 2000) was an American cartoonist and creator of the comic strip Peanuts (which featured the characters Charlie Brown and Snoopy, among many others). He is widely regarded as one of the most influential cartoonists of all time, cited by many cartoonists as a major influence, including by cartoonists such as Jim Davis, Bill Watterson, Matt Groening, and Dav Pilkey. The LP has been autographed on the front cover by Charles Schulz.......................BOTH LP AND AUTOGRAPH ARE IN EXCELLENT CONDITION. RECORD HAS ORIGINAL INNER SLEEVE WITH LINER NOTES. 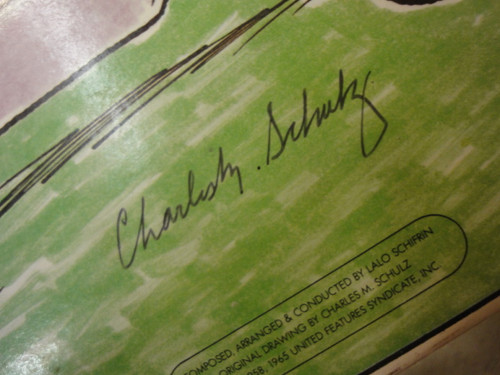