This is an authentically autographed photo by David Schwimmer and Matt LeBlanc.. This is a 8 inch by 10 inch color photo signed by David Schwimmer and Matt LeBlanc, condition of the photo and autographs is very good. David Lawrence Schwimmer (born November 2, 1966) is an American actor and director of television and film. Born in New York, he moved to Los Angeles at the age of two. Several years later, he began his acting career performing in school plays at Beverly Hills High School. In 1988, he graduated from Northwestern University with a Bachelor of Arts degree in theater and speech. After graduation, Schwimmer co-founded the Lookingglass Theatre Company. For much of the late-1980s, he lived in Los Angeles as a struggling, unemployed actor. He appeared in the television movie A Deadly Silence in 1989. He then appeared in a number of television roles, including L.A. Law, The Wonder Years, NYPD Blue, and Monty in the early-1990s. Schwimmer later gained worldwide recognition for playing Ross Geller in the situation comedy Friends. Aside from appearing in television, he starred in his first leading role in The Pallbearer (1996), which was followed by roles in Kissing a Fool (1998), Six Days Seven Nights (1998), Apt Pupil, and Picking Up the Pieces (2000). He was then cast in the miniseries Band of Brothers (2001) as Herbert Sobel. Following the series finale of Friends in 2004, Schwimmer was cast as the titular character in the 2005 drama Duane Hopwood. Other film roles include the computer animated film Madagascar (2005), the dark comedy Big Nothing (2006), the thriller Nothing But the Truth (2008), and Madagascar: Escape 2 Africa (2008). Schwimmer made his London stage debut in the leading role in Some Girl(s) in 2005, for which he received critical reviews. In 2006, he made his Broadway debut in The Caine Mutiny Court-Martial. Schwimmer made his feature film directorial debut with the 2007 comedy Run Fatboy Run. The following year he made his Off-Broadway directorial debut in the 2008 production Fault Lines. Matthew Steven "Matt" LeBlanc (born July 25, 1967) is an American actor, best known for his role as Joey Tribbiani in the NBC sitcoms Friends and Joey. 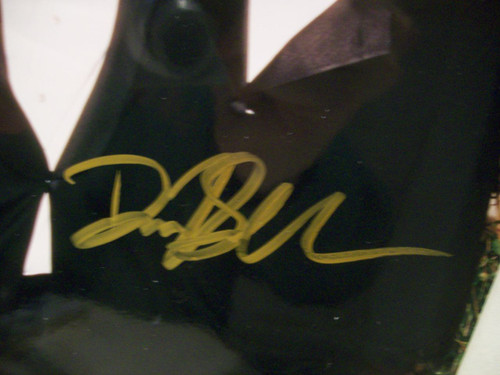