This is an authentically autographed lp by Merrilee Rush... Merrilee Rush(bell 6020)Angel of the Morning. Photo cover is signed by Merrilee Rush. Tracks: It's worth it all, sandcastles, billy sunshine, handy, san francisco, angel of the morning, that kind of woman, working girl, observation from flight, hush, do unto others, sunshine and roses. Condition of the vinyl,cover, and autograph is very good. Merrilee Rush is an American singer best known for her recording of the song "Angel of the Morning", a Top 10 charting song which earned her a Grammy nomination for Female Vocalist Of The Year in 1968. 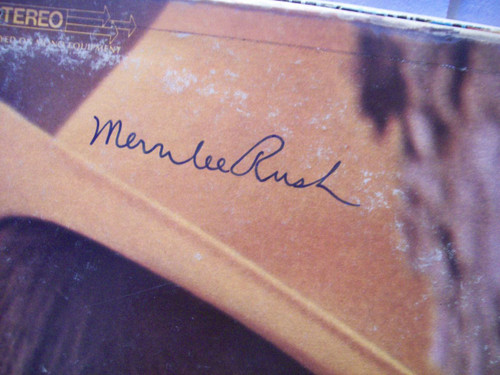