This is an authentically autographed Playbill by John Rubinstein.. Playbill-1981-Children of a Lesser God-Cover is signed by John Rubinstein, condition of the magazine and autograph is VERY GOOD John Arthur Rubinstein (born December 8, 1946) is an American film, Broadway, and television actor, a composer of film and theatre music, and a director in theatre and television. 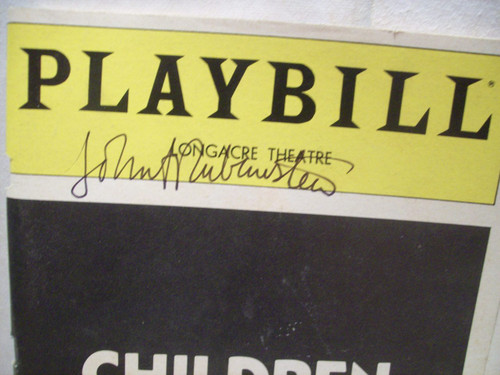