This item is an 8" X 10",black and white photo of actress Jane Russell.Ernestine Jane Geraldine Russell (June 21, 1921  February 28, 2011) was an American film actress and was one of Hollywood's leading sex symbols in the 1940s and 1950s.Russell moved from the Midwest to California, where she had her first film role in 1943 with The Outlaw. In 1947, Russell delved into music before returning to films. After starring in multiple films in the 1950s, Russell again returned to music while completing several other films in the 1960s. She starred in more than 20 films throughout her career.The photo has been autographed on the front by Jane Russell.................BOTH PHOTO AND AUTOGRAPH ARE IN VERY GOOD CONDITION. 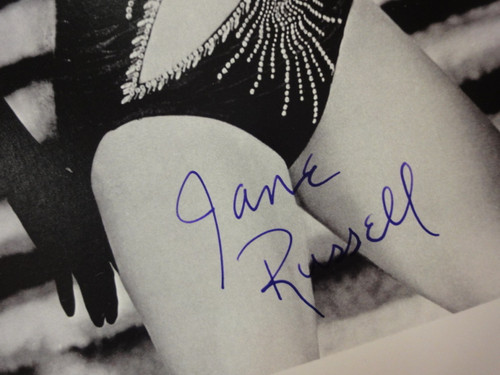