This is an authentically autographed photo by Geoffrey Rush.. This is a8 inch by 10 color photo signed by Geoffrey Rush, condition of the photo and autograph is VERY GOOD. Geoffrey Roy Rush (born 6 July 1951) is an Australian actor. As of November 2009, he is one of 22 people to have won the "Triple Crown of Acting": an Academy Award, a Tony Award and an Emmy Award. He has also won the Golden Globe, the BAFTA, the Screen Actors Guild and the Australian Film Institute awards 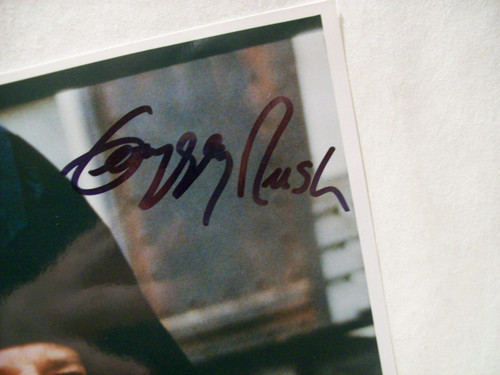