This item is a press kit for the 1992 Warner Brothers Movie-"White Sands" starring Mickey Rourke and Willem Dafoe. The press kit is a promotional item distributed by Warner Brothers and was not available for retail sale.This press kit consists of a 9" X 12" folder whith a scene from the movie on the front cover. The folder has an 8" X 10",black and white photo of a Mickey Rourke and Willem Dafoe in a scene from the movie.A suicide found in the desert with 500,000 dollars cash stuffed in a briefcase makes Sheriff Ray Dolezal (Willem Dafoe) curious. What was the dead man up to? Sensing that if he follows the money, he'll find crime at the end of the trail, Dolezal assumes his identity. He soon discovers the dead man was a paid informant for an FBI agent (Samuel L. Jackson) trailing an arms dealer (Mickey Rourke) who works with an intermediary (Mary Elizabeth Mastrantonio). Dolezal begins to suspect that he's being set up to take a big fall when the money is stolen from him and the dead man's girlfriend (Maura Tierney, in an early role) gets killed after she tells him that her beau had a partner in a scheme to steal the money from the FBI. Will his enemies discover his real identity? Will the FBI agent turn on him? Will he get back the money? The press kit has been autographed on the front by Mickey Rourke and Willem Dafoe........PRESS KIT, PHOTO AND AUTOGRAPHS ARE IN VERY GOOD CONDITION................ 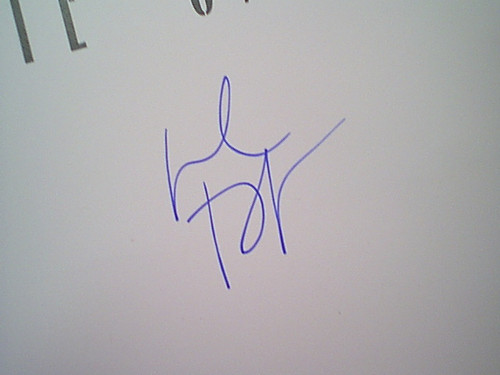