This is an authentically autographed Playbill by Jason Robards.. Playbill-1962-A Thousand Clowns-Photo cover is signed by Jason Robards, condition of the Playbill and autograph is VERY GOOD. Jason Nelson Robards, Jr. (July 26, 1922  December 26, 2000) was an American actor on stage and in film and television and a winner of the Tony Award (theatre), the Academy Award (film) and the Emmy Award (television). He was also a United States Navy combat veteran of World War II. He became famous playing works of Eugene O'Neill, an American playwright, and regularly performed in O'Neill's works throughout his career. Robards was cast in both common-man roles and as well-known historical figures. 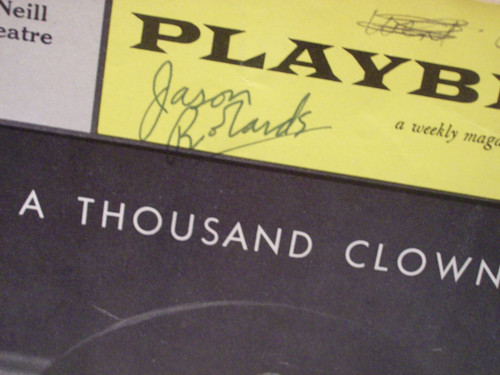