This is an authentically autographed photo by Gregory Rozakis.. This is a 8 inch by 10 inch black and white photo signed by Gregory Rozakis, condition of the photo and autograph is VERY GOOD. Has original byline, describing the film and the characters within. Death Wish is a 1974 action-crime-drama film based on the 1972 novel by Brian Garfield. The film was directed by Michael Winner and stars Charles Bronson as Paul Kersey, a man who becomes a vigilante after his wife is murdered and his daughter is sexually assaulted by muggers. The film was a major commercial success and generated a movie franchise lasting four sequels over a twenty-year period. 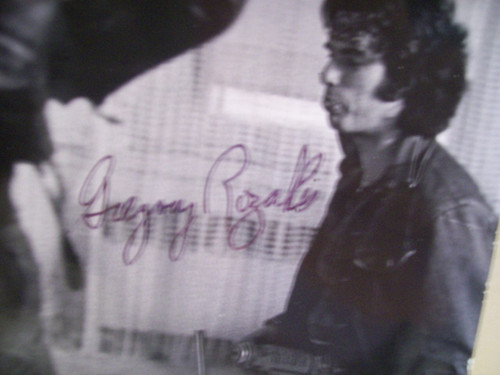