THIS IS AN AUTHENTICALLY AUTOGRAPHED PHOTO BY CLIFF ROBERTSON... THIS IS A 8 INCH BY 10 INCH BLACK AND WHITE PHOTO SIGNED BY CLIFF ROBERTSON. HAS ORIGINAL BYLINE. CONDITION OF THE PHOTO AND AUTOGRAPH IS VERY GOOD. Clifford Parker "Cliff" Robertson III (born September 9, 1925) is an Academy Award - winning American actor with a film and television career that spans half of a century. Robertson won the 1968 Academy Award for Best Actor for his role in the movie Charly. In addition to his Oscar and Emmy and several lifetime achievement awards from various film festivals, Robertson has a star on the Hollywood Walk of Fame at 6801 Hollywood Blvd. He is perhaps best known to younger audiences for playing "Uncle" Ben Parker in the Spider-Man film series. 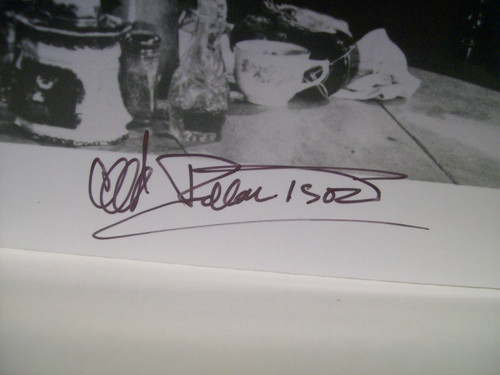